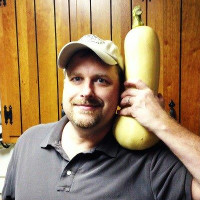 The Blog That Time Forgot.

Ubercart is a a popular shopping cart plug-in for the popular Drupal Content Management system. Parallel’s Plesk is a popular hosting control panel.

Log in as root and create or edit conf/vhost.conf and conf/vhost_ssl.conf as shown.

Note that Php_admin_value and all that follows should be on one line.

Then run (on CentOS - Ubuntu/Debian may be slightly different):

After the restart Plesk will include the contents of your file in the apache config file. You can verify that it’s being included by checking httpd.include you should see a line similiar to:

Feeling adventurous and want to add other apache directives in the .conf file ? Great, but HEED MY WARNING. If you mess up the syntax in either of the files apache may fail to restart – That would be why you needed to log in as root. Delete-Remove-Rename the .conf files, rerun websrvmng and start apache. No big deal if you’re on a development box, but, as always you would be wise to follow the 2-Beer rule when logging into production boxes as root.

Of course you can avoid all this by having Aisle8, Inc. host your Drupal, Ubercart or OpenAtrium site. We can host it on a Plesk based server, or one of our trusty Aegir based boxes. Aegir eases the hosting and upgrading Drupal sites — Ain’t nothing else like it around.